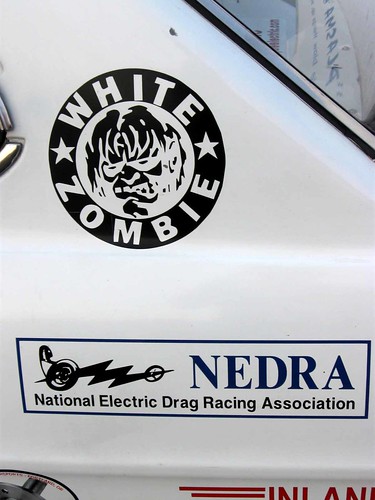 Went back for more racing. This time, the world’s fastest EV KillaCycle got several runs in, and a few of them were against a miniature RC electric version of itself. People from the Discovery Channel were there to film the tiny action.

Michael Kadie gave me a ride around the parking lot in his electric T-bucket — not the 2SSIC Daytona kit car he uses on the track. And one of the Tesla owners who came down to Portland International Raceway fell hard for drag racing. He’s got plans — big plans — for his roadster. And it sounds like everyone else’s, too.

You can see more images at my Flickr page.